After setting up the matchmaker and learning how to set up a game's settings before launching next thing you will get is the ingame setup. It looks like below. 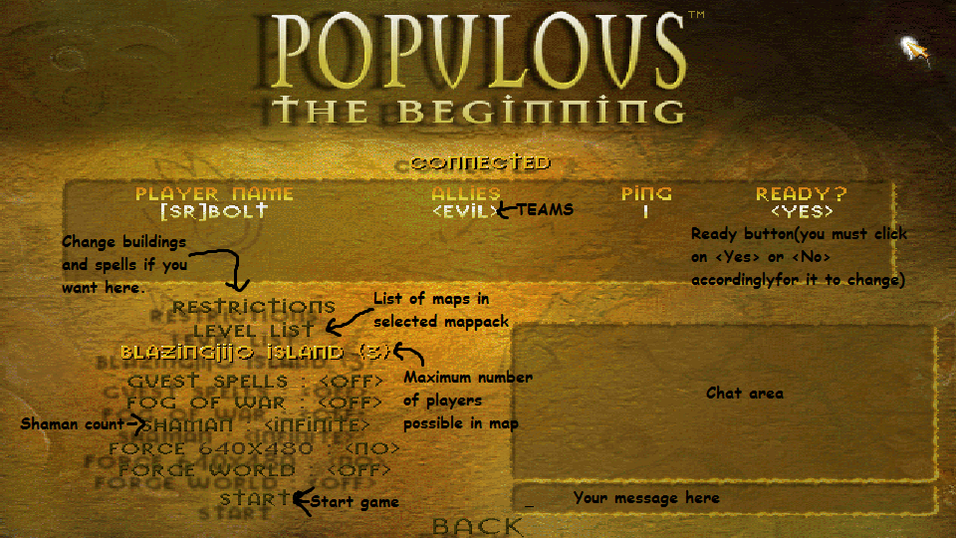 On top box it shows the players, in here you can set allies and click on ready whenever you are.
To set allies left click on neutral to change between evil,  good and neutral.
There practically is no difference between good and evil, 2 players set on good will be in one team and 2 players evil will be in another. For simplifying we can say team A is evil and team B is good, all the gameplay and stuff is same, they are just for naming.
But being in neutral is different, in neutral you are not allied to anyone, means you are on your own with no team mate.
Below that on the right is the chat box.
On left are some settings.
1) Restrictions : Here you can set what spells and buildings will be available in the level. Generally a few buildings and spells are already selected by the map designers accordingly, but you can always change them to your and others playing with you liking.

2) Level list : This will list all the maps present in the map pack you selected in the MM. The number in bracket after maps name represents the maximum number of players supported by the map.

3)Guest spells/Fog of war : Turn them on or off accordingly , usually these settings are unliked by a majority of players.

5)Force 640x480 : Just keep it no, this will force all players to play on that resolution, but you just let others decide what resolution they want.

6)Forge world : If this is turned on the players get 1:30 mins time initially to alter the land and trees and wildman around their starting positions, generally you won't need this, but you can try it for fun. 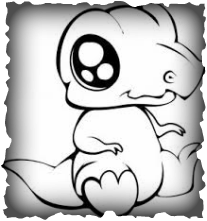